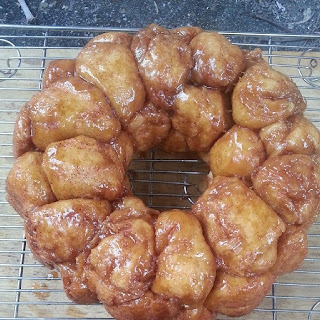 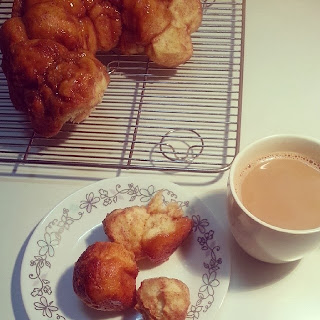 Directions
Notes
Monkey Bread without a Mixer: Mix the flour and salt in a large bowl. Make a well in the flour, then add the milk mixture to the well. Using a wooden spoon, stir until the dough becomes shaggy and is difficult to stir. Turn it out onto a lightly floured work surface and begin to knead, incorporating the shaggy scraps back into the dough. Knead until the dough is smooth and satiny, about 10 minutes. Shape into a taut ball and proceed as directed.
Posted by Sizuka at 3:29:00 PM

Email ThisBlogThis!Share to TwitterShare to FacebookShare to Pinterest
Labels: Bread