The stray cat that became a house cat

Chuppy was picked up after 1 year plus the original Chuppy kena kidnap. Iman was so smitten with this new Chuppy. But since she's asthmatic, aku limit her time with Chuppy. Chuppy is also not allowed to come inside the house. Yea... I know.. Aku kejam! But better safe than sorry kan? Lagi pun aku dah letih berkhemah kat hospital since the girls baby. Not that I'm complaining :)

This is Chuppy after almost 2 years with us. 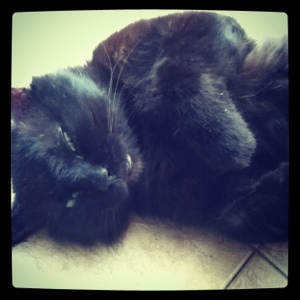 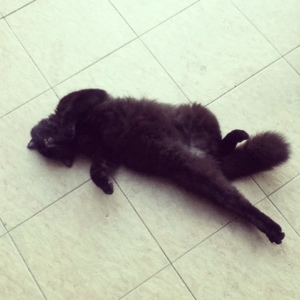 Email ThisBlogThis!Share to TwitterShare to FacebookShare to Pinterest
Labels: Ramblings