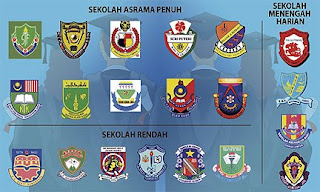 By KAREN CHAPMAN
educate@thestar.com.my
14 secondary, 3 primary schools recognised as SBTs
PUTRAJAYA: An annual budget of nearly RM1mil besides allowing students to finish school a year earlier were among the “prizes” awarded to the country’s first ever 20 high performance schools. The principals will also be given the option to select 20% of their student intake.

The schools’ management would also have the flexibility to re-assign staff who under-performed, and pay overtime and performance incentives.

In announcing the 20 schools yesterday, Deputy Prime Minister Tan Sri Muhyiddin Yassin said this was to create innovation in the management of schools and improve students’ productivity.
“These schools will be given the flexibility in their curriculum, student intake and management of staff based on performance,” he said during a press conference at his office.
Citing an example, he said a Year One pupil of a high performance school, who was academically excellent, could be given the option of skipping a year after consultation with his parents.

On the flexibility of the curriculum, he said the schools could make changes after a thorough consultation with all involved, including the ministry and parents.

Muhyiddin said high performance schools would receive a lump sum grant at the start of each school year.
“They could get just below RM1mil to do what they think is needed,” he said, adding that the budget details were being worked out.
Muhyiddin, who is also Education Minister, said of the 20 schools, 10 were fully residential, four secondary and six primary (see list).

The schools, he added, were selected based on their outstanding academic achievements, extra-curricular activities and niche areas.