Yesterday was a full day for me. At 9 am, aku dah start masak nasik minyak. I woke up late. I was supposed to start cooking at 7am, so that I'll have time to take shower and leave the house for my lunch date with K.Mei at 10.30am.

Alhamdulillah by 10.30am, aku sempat complete semua. Nora said, I must have worked like lipas kudung kat dapur. Yes Nora, I didnt have the time to catch a breath and have breakfast. Pukul 10.30am tu, aku mandi cepat, then terus keluar with Iman, Iffah and my youngest sister, Ayu.

We reached Bubba Gump Shrimp, The Curve around 11.15am. K.Mei and Abang Zainol dah ordered 2 big platters of mixed seafood. Aku ordered Fish & Chips, and Ayu had Beef Burger. Ok, for those yang tak penah lagi pegi makan kat Bubba Gump Shrimp, dont bother. The food sucks bigtime. The shrimps were very dry and chewy, the fish fillet for the fish and chips pun very dry. Frustrating betul! Banyak food yang tak habis, K.Mei bawak balik for her cats and the monkeys that live nearby her house. That will be the first and the last time aku pegi Bubba Gump Shrimp Co. 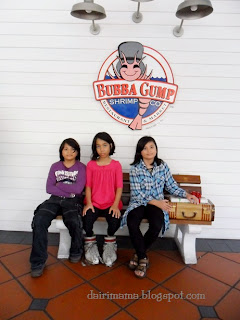 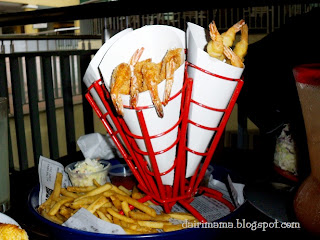 Some of the food the we ordered. Shrimps patutnya, bila goreng, kejap je, so that you'll retain the juice. Ni tak, goreng sampai garing giler and jadi dry. 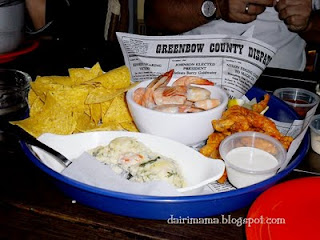 The only thing I ate from this plate was the shrimps, which was quite dry and chewy. The chicken taste weird, keras and langsung tak juicy. 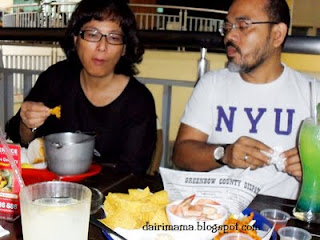 The host. Thank you K.Mei and Abang Zainol. 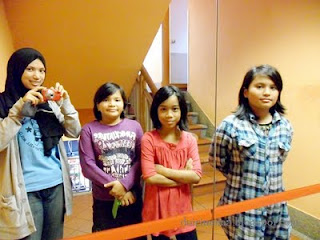 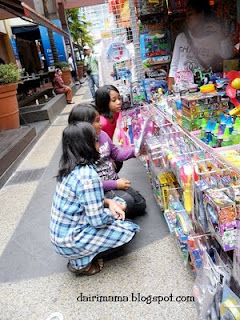 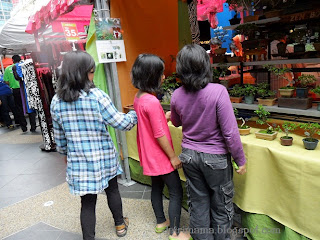