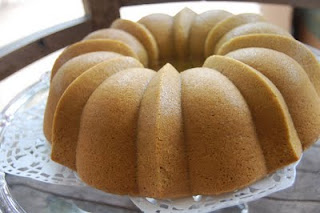 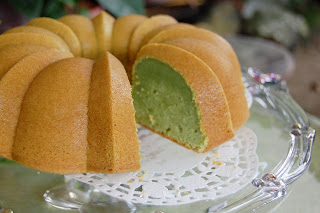 
1/2 teaspoon cream of tartar
Method
1. In a mixing bowl sift or whisk together the flour, baking powder, baking soda, and salt.

2. In bowl of electric mixer, or with a hand mixer, beat the butter until soft (about 1-2 minutes). Gradually add 1 cup of the sugar and beat until light and fluffy (about 2-3 minutes). Add the egg yolks, one at a time, beating well after each addition. Scrape down the sides of the bowl. Add the vanilla extract and beat until combined.

3. With the mixer on low speed, alternately add the flour mixture and santan mixture, in three additions, beginning and ending with the flour.

4. In a clean bowl of your electric mixer, with the whisk attachment, (or with a hand mixer) beat the egg whites until foamy. Add the cream of tartar and continue beating until soft peaks form. Gradually add the remaining 1/4 cup (50 grams) of sugar and continue to beat until stiff peaks form.
5. With a rubber spatula gently fold a little of the whites into the batter to lighten it, and then fold in the remaining whites until combined. Do not over mix the batter or it will deflate.

6. Pour into the prepared pans, smoothing the surface with an offset spatula or the back of a spoon. Bake for about 35 to 40 minutes or until a toothpick inserted into the center of the cake comes out clean and the cake springs back when pressed lightly in center.

7. Place the cakes on a wire rack to cool, in their pans, for about 10 minutes. Then invert the cakes onto a greased rack.
Posted by Sizuka at 2:02:00 PM